On Saturday 27th July – hosted by the Hoe Valley Neighbourhood Forum and residents’ associations from Westfield – 250 local residents from across South Woking held a passionate public meeting to discuss their response to GolDev’s plans to redevelop the Woking FC football ground.

Local residents were encouraged to attend, whether they supported or opposed the scheme.

The plans, which include building 1100 new homes in Kingfield, and another 40 on greenbelt land on Egley Road, were met with overwhelming opposition by those at the meeting. Residents were particularly scathing about the following:

Those at the meeting have now decided they wished to launch a new and separate campaign group – the South Woking Action Group (SWAG) – to oppose the plans in their current form, and to pursue urgent and radical changes to the proposals.

Residents can join SWAG at www.southwokingactiongroup.org.uk. The group will make its own announcements shortly.

Photos of the meeting 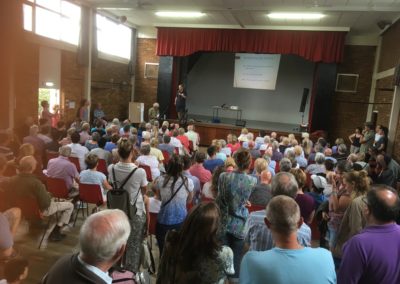 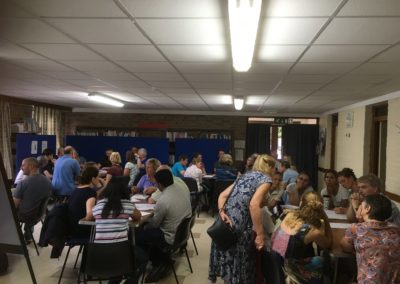 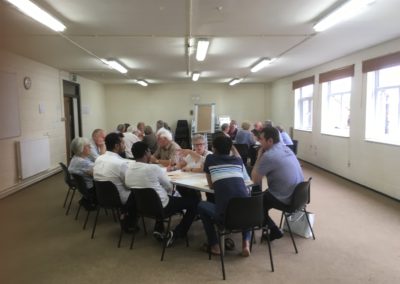