The Hoe Valley Neighbourhood area is covered by the Woking Borough Council Core Strategy adopted in 2012 and development management plan (2016) supported by the Site Allocations Development Plan Document 2021. The area has a population of around 7,500 people, covering an area of ( Area hectares?

These policies are wide ranging in their scope and taken as a whole will help to deliver sustainable development within the designated Area.

It forms part of the statutory development plan and applications for planning permission must be determined in accordance with the development plan, unless material considerations indicate otherwise.

The area now known as the Hoe Valley Ward consists of three separate villages, Old Woking, Westfield, Kingfield plus Claremont Avenue and roads off from this with a range of different characters and styles. The character of the area is valued by residents and is important as a consideration in new planning decisions.

The majority of the properties in the Hoe Valley areas are two storey detached and semi -detached, with occasional terrace infill. The exceptions are in character area 1, Claremont Avenue which is on the edge of the high density area for Woking, and the Gresham Mill and WiIlow Reach developments.

The built form of the area is complex in nature reflecting the history of development in the area from what was the original historic Hamlets and settlements of Old Woking, Westfield, Lower Westfield, Kingfield Green and Shackelford. 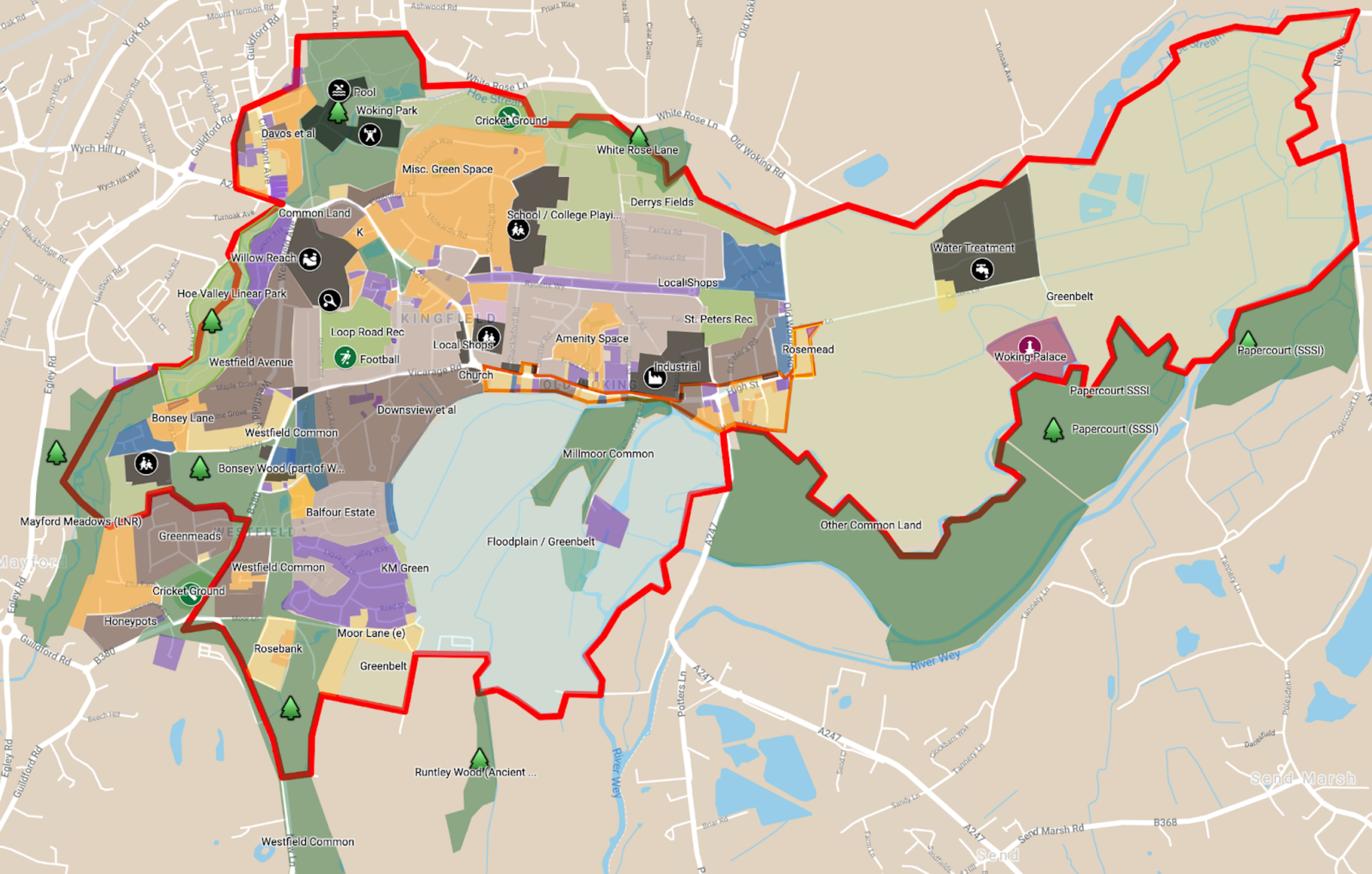